I’ve spent part of this evening defending the reputation of a 19th century bishop (and learning the fine art of editing Wikipedia). You’re right: I need to get out more.

It started yesterday when I was doing some background research on the slave-owning proclivities of the Lascelles family of Harewood House and noticed a reference to Henry Phillpotts, Bishop of Exeter (1778-1869) in the Wikipedia article on the abolition of slavery :

“For example, Henry Phillpotts (then the Bishop of Exeter), in a partnership with three business colleagues, received £12,700 for 665 slaves in the West Indies.”

When I checked on the Legacies of British slave-ownership website, I found that he had indeed received compensation of £13089-4s-2d for 665 slaves, but as a trustee and executor of The Earl of Dudley.

Then I checked Henry’s own Wikipedia entry. This was  more complicated. What it said was:

“An allegation made at the General Synod in 2006 claimed that Phillpotts was paid almost £13,000 (£12,729.5s.2d) in 1833, under the terms of the Slavery Abolition Act 1833, as compensation for the loss of slaves from the Codrington Plantation in Barbados that belonged to the Society for the Propagation of the Gospel when they were. The same claim was repeated in the House of Commons by Chris Bryant, MP for Rhondda.”

Am I not a man and a brother? (Photo credit: elycefeliz)

“The compensation was paid for 665 slaves that Phillpotts held in joint ownership with three business colleagues to work on a plantation in Jamaica. It is not established what share of such funds, equivalent to more than one million pounds sterling in present day value, went to Phillpotts and it has not been established what he might have done with the funds but Exeter Cathedral states that. Phillpotts was able to restore the Bishop’s palace in a “most creditable manner”. Both the office of the present Bishop of Exeter, Michael Langrish, and the Devon County Library (which holds Diocesan records), have stated that they hold no record of any further involvement in the slave trade by Phillpotts aside from his joint holding of the 655 slaves.”

There are several problems with this: 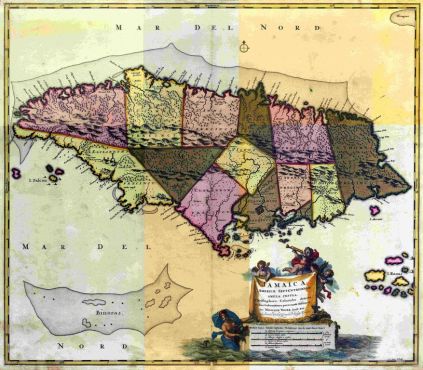 It would be nice to think that old Henry was basically anti-slavery, horrified to find himself landed with these plantations and that he used any compensation that he might have received to set up schools and cottage hospitals for the former slaves. But there doesn’t seem to be any evidence to back this up. So, in the absence of evidence, we probably have to assume that he either supported slavery or was as indifferent to it as the average 21st century consumer is to the manufacturing conditions of their favourite  electronic gadget. Even the dear old DNB (which I trust implicitly) is silent on the subject of Henry and slavery.

Anyway, I’ve amended the article in a way that I think is fair, evidenced based and doesn’t just replace one set of assumptions with another.

See what you think, but remember – just because you read it on the internet, doesn’t mean that it’s true.

2 thoughts on “It ain’t necessarily so”