Compton Verney House is one of those places that I’ve been meaning to go to for years, but never quite managed. Anyway, I finally made it this week. And it was well worth it.

The driver was the British Folk Art exhibition which had transferred from Tate Modern a couple of months ago accompanied by rave reviews – plus the sudden realisation that the exhibition was due to close at the weekend.

Compton Verney is a few miles north of Banbury – so, basically, a quick nip up the motorway followed by 15 minutes of getting lost in south Warwickshire – much easier than trekking down to Tate M. It started out as a vanilla flavour country house with a fashionable Adam interior and grounds designed by the equally fashionable Capability Brown.

The big difference is that, rather than restore the house, some enterprising soul decided to build a modern art gallery inside the shell. This houses Compton Verney’s own collections – including a permanent display of British folk art as well as visiting exhibitions. The grounds are small, but have been developed to encourage wildlife, especially birds, and include a small lake. 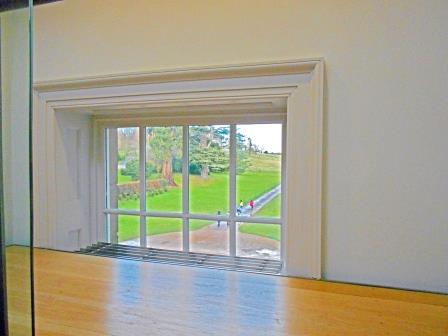 I liked it tremendously. The galleries are spacious and well-lit and include areas where you can sit down and leaf through books related to the collections. A feature that I particularly liked is the fact that, once you’ve bought your ticket, you can go in and out of the galleries as much as you like. This means that you could go and look at one collection, have a coffee or lunch (there is a good café and restaurant) and then go and look at a different collection or wander round the grounds.

I traded in my day ticket for a yearly ticket which allows me to visit any time during the open season (March to December), including several good quality exhibitions.