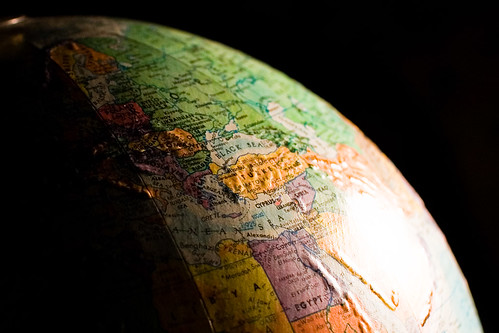 We did this list writing thing last week. It was one of those ice-breaker type activities, although, as everybody knew everybody, not quite. Whatever.

The first exercise was to write down a list of countries that you would like to visit (money no object) for:

I always struggle with these sorts of things as my instinct is to want to go away, think about it and come back with a considered response.

In practice, especially, for the shorter periods, I thought about cities rather than countries – you can’t really visit a country in a day (unless it’s a very small one like Luxembourg or Andorra, but they never really sound that interesting).

A weekend – The Netherlands (Amsterdam)

A month was a bit better – you could do something with a month – I thought about somewhere like Norway or New Zealand.

A year is a horse of a different colour – would it be an extended road trip or immersion in another culture? I thought about swapping my week in New York for a year touring the United States – or perhaps I could explore Australia – all those coral reefs and breathtaking deserts. In the end (and I’m quite pleased with this), I plumped for Antarctica.

Interestingly, there was a lot of overlap in people’s choices and, apart from a couple of people who opted for Morocco and one person who wanted to spend a year travelling through India (frustrated hippy?), our choices were remarkably unimaginative – Europe or countries in the English-speaking world.

I was quite pleased with my choice. I liked the idea of being in a single place for a year and observing it in detail – it didn’t have to be Antarctica – it could have been a coral island or Tierra del Fuego or the Grand Canyon or the inside of a volcano or the Atacama Desert or a table in the corner of St Mark’s Square in Venice. Or the Moon (well, they did say, no expense spared).

Where would you go?

2 thoughts on “Places to go”