Inheritance Tax has emerged as one of 2015’s big issues. Not surprising really – it affects us all and it’s easy to tweak whilst creating the impression of radical change.

Afterwork thinks that IHT has a value in redistributing wealth and, in the case of the very wealthiest, power – but it’s definitely due for a makeover.

There are three elements to IHT – cash, property and other stuff. So here’s a thought – let’s treat them separately and let’s make a distinction between a home and other property.

Let cash and stuff transfer tax-free between spouses. This will tend to benefit older people, increasing their ability to provide for themselves. As for other recipients of cash and stuff, tax the individual rather than the estate. Under our proposals, each legatee will be able to inherit a tax-free amount from any single estate, with the rest taxed progressively, applying higher rate bands for higher amounts, similar to income tax. People can inherit from more than one estate in a single year. People will still be able to donate works of art to publicly funded bodies in lieu of IHT.

Let home ownership transfer tax-free between spouses, between two co-owners, between resident family members or to a nominated resident, in that order. This will give security to people for whom this is home and will take account of a range of household arrangements. Otherwise, ownership of all property will be distributed according to the deceased’s will or the normal rules of intestacy.

Most legatees sell, so HM Treasury will still get its money, but through a progressive tax (Stamp Duty), based on actual market value and the richest will pay most. If they decide not to sell, then someone gets a house to live in, a new property is added to the private rented sector or the new owners attract penalties associated with empty properties.

The housing provisions will be limited to one domestic property. If there’s more than one property, including properties abroad, we will use existing rules to decide what’s in and what’s out. 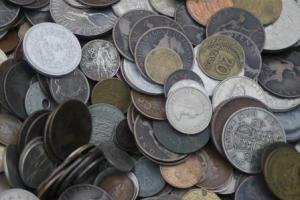 Afterwork thinks that these proposals are fair and equitable, sharing responsibility for redistributing wealth between citizens and the state.

People at the bottom of the scale will pay little or no tax and probably use their inheritances to doing things like helping their children, paying off their mortgages, doing up their homes, supporting charities and taking well-deserved holidays i.e. more sensibly than the Government. People further up the scale will pay more in tax, but they can afford all the other things – and anyway, if you don’t tax the rich, who do you tax?