Christie in Love is advertised as a “horrifyingly comic take on one of the most notorious murder trials in British history“.

Well it’s not really comical and not really about the trial – but it is a jolly good little play about sex, death and the mind of a murderer. 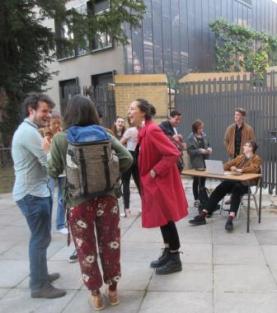 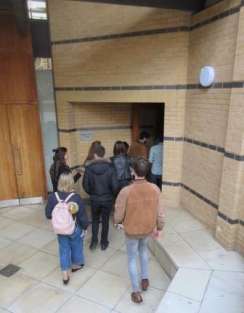 I saw it on Wednesday at “The Pilch” – a new venue for me and not the easiest place to get into. In fact, the ticket office is on the pavement where the audience is kept standing until about two minutes before the performance. They admitted that this could be a bit tricky when it rained.

The problem is noise – the students who occupy the rest of the building might be disturbed by the muted conversation of the expectant audience in the 41-seat theatre – although not, presumably, by the sound of actors, accompanying audio or enthusiastic applause. Still, I suppose 7:30 is quite late.

On the positive side, at least you don’t get lost trying to find the theatre, unlike Keble’s O’Reilly Theatre which is like being set adrift in the space time continuum.