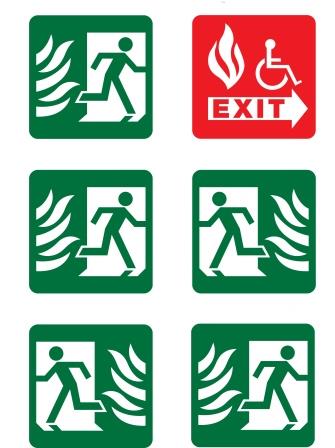 What follows is a comment made in response to my  post (Good grief) about the Grenfell tower fire from Julian LeGood (architect, retired).

This is the third of four guest posts on this topic.

I must state at the outset I AM NOT AN EXPERT, but I do have considerable experience in the design of similar projects and the management of contractors, dealing with landlords and tenants. It is the interaction of those three which makes or breaks a successful refurbishment project.

Back to the “techie stuff” which is more within my comfort zone.

Only Jeremy Corbyn has spoken with any degree of understanding in respect of the “Stay Put in the event of fire” which the landlord implemented  (and very late in the day too – according to the Tenant Association blogs, they had to beg for advice from the management company and the notices only appeared in the block very recently).

“Stay put” is in theory anyway, the correct advice. As Jeremy Corbyn explained, Grenfell Tower, along with every other tower block in the UK, is divided into a series of “compartments”, each offering either 30 minutes or 60 minutes protection from fire and smoke. The theory goes that a fire will be contained within that compartment and the fire service will be on site and will have dealt with that fire before it and its accompanying smoke “break out” into adjacent compartments, in this case neighbouring flats, beside, beneath and above, and out into the corridors and staircase.

Only those directly affected by the fire leave their flat(s), the others stay put.  Why?  Because having hundreds of people simultaneously exiting the block is just too dangerous and for some people impossible. The mother with six children, the elderly and the disabled cannot cope with descending through 24 storeys of comparatively narrow concrete stairs in the half light of the emergency lighting, supposing it even works.

After every incident we hear from the survivors the same words “chaos”, “carnage”. At the Manchester Arena, iPad footage showed people climbing over each other, jumping down from the tiered seating onto the escape routes. A lot of then injuries at Manchester will have been crush injuries.  People, by their nature, are not capable of exiting a building (or aircraft) unless they are carefully marshalled. Office buildings have first aiders and fire marshals; cabin crew are trained to marshall passengers.  In the situation in which the occupants of Grenfell Tower found themselves, in the dark, the noise, the smoke, the darkness,  some occupants bringing bags of clothes and possessions with them – one occupant had brought his little stereo system with him.  This is to be expected, as I previously wrote, if you can see your uninsured possessions about to go up in smoke then you carry what you can with you.

Panic, the desire to look after yourself, your family, overrides any consideration for everybody else. Of course there will be isolated incidents of altruism and bravery, but by and large it’s “every man and woman for himself”, a lot of running, trampling, falling   and climbing over the fallen.    So “stay put” is for the safety of the occupants who might well be trampled on the stairs, might fall on the stairs, are almost certainly going to encounter smoke as they pass through the affected areas of the building, and are going to prohibit the fire service from fighting the fire as they encounter each other on the stairs.

HOWEVER.   Compartmentation is easily compromised. At Grenfell Tower we now know that the fire spread across each of the four facades of the block and re-entered through many windows.  That aside, in every other building, old and new, the compartmentation is easily compromised, either from “day one” of the building’s life, through poor design and workmanship, through poor maintenance (maintaining free doors and fire stopping around service (pipe) penetrations through compartment walls)  through subsequent work (as may well have happened at Grenfell Tower with the recently installed gas mains) and through occupant behaviour (damaging or altering fire doors, or as is often encountered in buildings of all types, propping fire doors open with the “fireman’s wedge” – the fire extinguisher, or a piece of cardboard or dare I say it the little rubber wedges you can buy in a hardware store.

I’m old enough to have been lectured by and worked with architects who designed and oversaw the construction of tower blocks and the workmanship then was every bit as shoddy as I have encountered in my career.  The gaps between concrete floors and walls packed not with fire resistant material, but with newspaper, and then hidden behind skirting boards,  metal “shims”  (don’t worry about what a “shim” is, just trust me)  replaced by cigarette cartons. I condemned a 2 hour fire wall at Wycombe Hospital in which 25% of the mortar was missing and then hidden by 12mm of plaster (call it “Architect’s Nose”, I just knew) The wall, which separated a fire risk area from a route essential for evacuating patients in the event of a fire would have lasted title more than twenty minutes. Even a hole the size of a pencil will allow hot gasses hot enough to pass from one compartment to another and start a fire.  Every element of the compartment has to function for it to last 30 or 60 minutes.