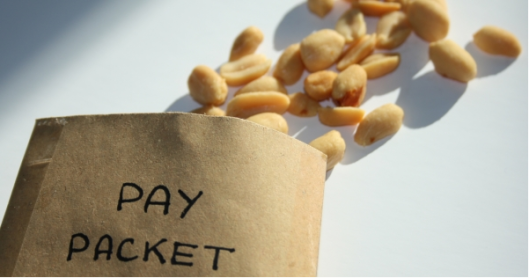 UBI – Universal Basic Income is one of those things pops up from time to time, usually I suspect on slow news days. It is, apparently, greatly beloved of Californian tech billionaires who see it as a solution to the mass unemployment created by the increasing automation of human work.

The idea is that the state pays every citizen for simply existing. So is it a bold, revolutionary solution to problems caused by changes in the nature of work or an invitation to idleness?

We already have a UBI for people over the age of 65 in the form of the state pension, so the proposition would be simply to extend it to the rest of the population at a level that would not disincentivise work, but would leave nobody with nothing.

Properly structured, with tax balancing things out at the higher income levels, there are many obvious benefits of which ditching the labyrinthine bureaucracy and cruelty of the current benefits system is just one.

It could (or should) remove beggars from the street. It would provide a 21st century safety net for the many people who rely on short term contracts and who can easily be tipped into debt or homelessness or other situations where a short term glitch can lead to long term poverty.

A recent visitor to Oxford commented on the number of visibly homeless people on the streets. Even allowing for the fact that some of these people aren’t homeless and are playing on people’s compassion, many are.

It isn’t just a change in numbers. The standard response to someone who asks for money for food is to offer to buy them something to eat – this used to terminate the exchange because what they actually wanted was money for booze or drugs and would often say so. Before this year (and going back to the 1980s, when you might be approached several times a day), I can count the number of times the offer of food was taken up on the fingers of one hand. These days, it’s become common for people to accept the offer of a sandwich or a takeaway or, in one case, sausage rolls – people are simply hungry. In the same way, it used to be true that homeless people weren’t just homeless –  they usually had multiple and complex problems. These days, the number of people who are simply homeless – faced with the shame and degradation of sleeping rough –  are on the rise.

And then there are the people for whom a temporary glitch or domestic crisis is the difference between coping and not coping or a downward spiral of rent arrears and debt; people who can’t afford to replace a broken washing machine, buy a school uniform child or, most ironically, set up a debt relief order.

These situations have knock-on effects for physical and mental health; family relationships and the ability of people to work.

It’s not just the people at the bottom of the economic pile. A UBI could help people who wanted to spend more time caring for their children or elderly relatives or allow them to afford decent wages for professional carers. For others, it would provide a safety net for survival when work temporarily dries up or the seed money to move to another job or another area.

The Welfare State, intended to defeat the Five Giants of Want, Squalor, Disease, Ignorance and Idleness, is becoming increasingly unfit for purpose. Complex rules, punitive benefit sanctions and the tasking of money-hungry commercial enterprises with weeding out of the “undeserving poor” are feeding those giants, not eliminating them.

We’ve moved on. It’s time to abolish the pernicious class divide inherent in our current system. It’s time to acknowledge that the state can’t do everything and trust the to the wisdom of individuals to have greater freedom to manage their own lives. Yes, there are people who will waste money or squander it – that will happen under any system (and governments aren’t exactly in a good position to lecture people about squandering money), but the current system is built around the patronising conceit that people, especially poor people, can’t be trusted and that simply won’t do.