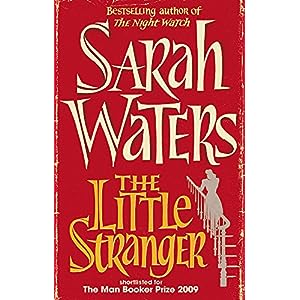 The film of The Little Stranger has just hit the cinemas. This is my original review of the book.

The Little Stranger opens in 1919 with a fete in the grounds of Hundreds Hall, the ancestral home of the Ayres family, when the schoolboy son of a former servant takes an illicit peek behind the curtain that separates his world from that of the local gentry. A quarter of a century later the servant’s son, now a local GP, is summoned to the big house where he encounters the Ayres family face to face.

This is a clash of cultures set at against the social upheavals of the post-1945 world. The Ayres represent the old order; the land owning “county” family faced with the choice of adapting to new social and economic structures or trying to hang on to their traditional way of life. Dr Faraday belongs to the new order: a man of science who has risen through merit and whose metamorphosis will be completed by the creation of the new Health Service.

Initially an interested observer, Dr Faraday gradually gets caught up in the life, decay and ultimate death of Hundreds Hall and its inhabitants as they come under attack from forces more sinister and more personal than the spirit of the age.

If you approach this novel as a ghost story, you may well be disappointed and, going by other reviews, this has clearly been the experience of some readers. Although the novel was not quite what the publicity suggested, I enjoyed it as an exploration of change and resistance to change.

Review first published on Amazon.co.uk on 16th May 2010