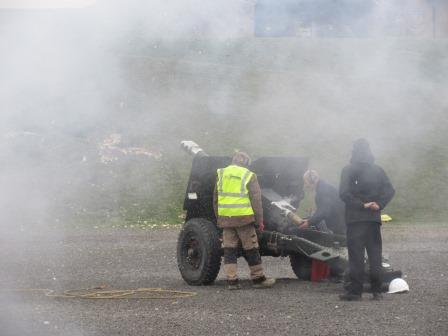 Not somewhere I would naturally chosen to spend a cold or indeed any other kind of day, but Fort Nelson, overlooking Portsmouth harbour, turned out to be surprisingly interesting.

The site is vast and, since it forms part of the Royal Armouries collection, free. It’s essentially a museum of artillery and is very much a work in progress, but there’s still a lot to see.

Once to go in, the first thing you come across is a collection guns dating mainly from the World Wars – these are essentially boys’ toys and are about as riveting as a car showroom.

It gets better. First of all, there’s is an extensive collection of canon dating from the 1400s to the 1800s, including some which have been recovered from the seabed and are still sitting in tanks awaiting restoration. 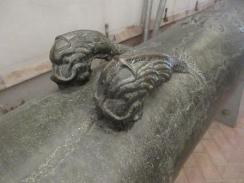 Portuguese gun made in India

There are also excellent displays showing what life was like for the soldiers who manned the fort in the 19th century.

But the star is the fort itself. You can climb up on the ramparts, which look down on a huge defensive ditch, then make your way down through the different defensive layers. As you descend, you come across areas that resemble monastic cellars – the difference being that they are built of red brick rather than stone. 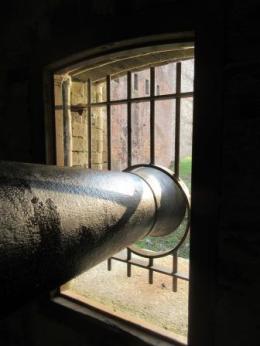 When you’ve exhausted the built layers, you go below ground to a vast array of tunnels and store rooms which have been hewn out of the living rock.

Tunnel carved into chalk and flint

The whole thing is very understated, but  a few gun emplacements, store rooms and lamp room give a real sense of the life and function of the place as it must have been in Victorian times.