I didn’t set out to see a climate change demonstration on Friday – just sort of found myself in the middle of one.

The only thing to do in these circumstances is to just start taking pictures – as you get to grips with the scene, it becomes possible to be more selective – to move in, move round and frame shots.

It’s often better to take a wide shot which you can crop later to highlight a detail or catch a mood. This particular crowd had many moods – celebratory, serious, angry, bunked-off- school-for-the-afternoon-what- do-we-do-now-I-know-let’s-climb-on-a- lion-and-stick-a-traffic-cone-on-its-head. 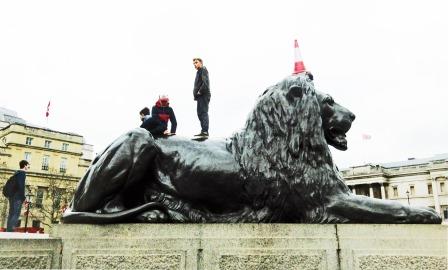 Third rule – you can’t have too many horses 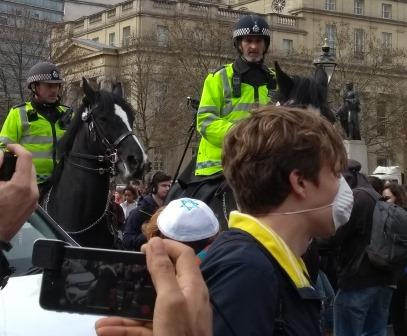