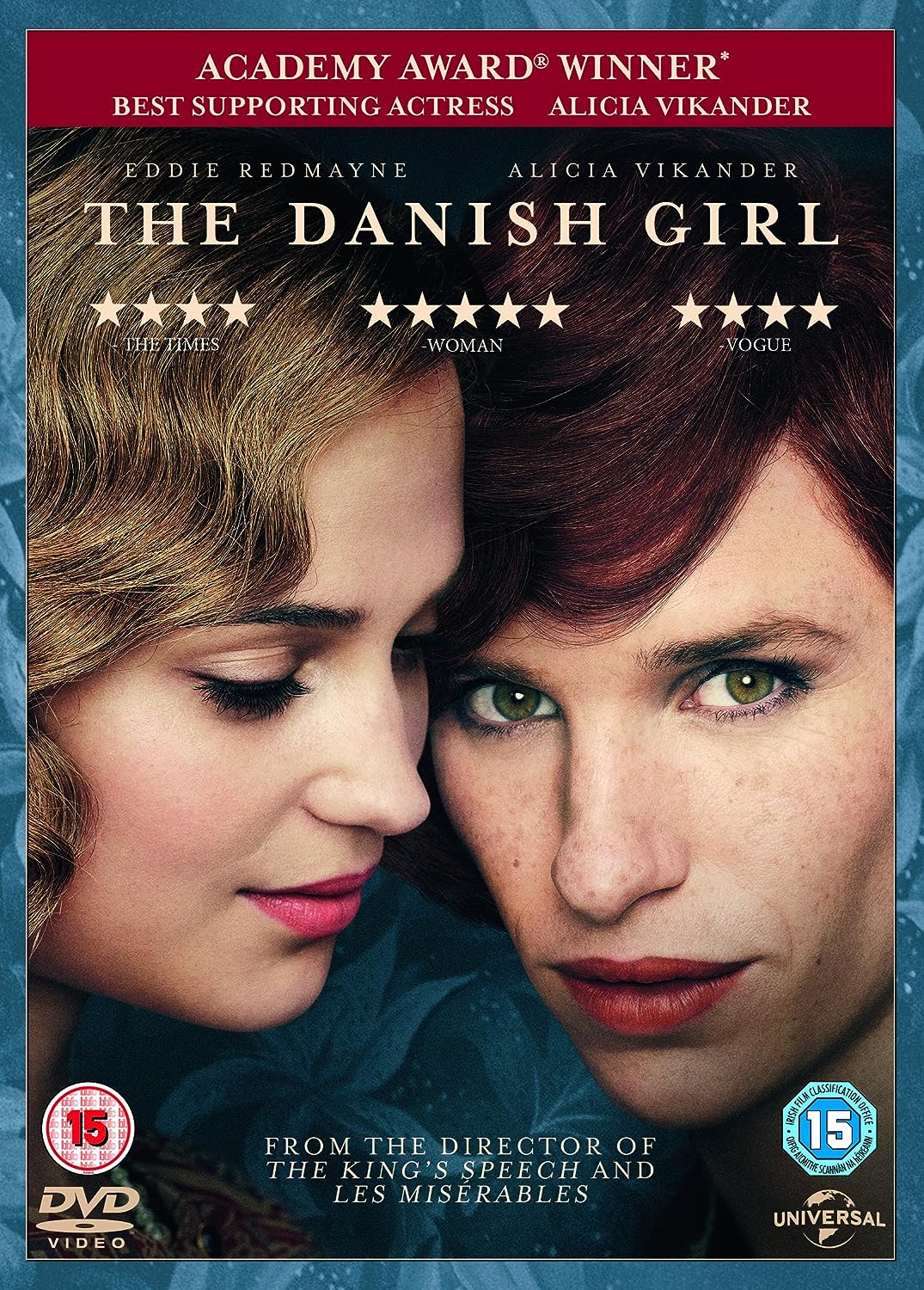 The Danish Girl (2015) is based loosely on the true story of husband and wife artists Einar and Gerda Wegener. It’s not very good. The film makers haven’t so much lost the plot as failed to decide what the plot is.

It’s the 1920s. Einer is a successful artist, whilst Gerda has yet to find her artistic voice.

One day, Gerda persuades Einer to stand in for a female model to enable her to complete a painting. The touch of silk on his body triggers a sense of “rightness”. He tentatively experiments with female clothing. Gerda helps him to “dress up” as a woman, helping him with clothes and makeup. It feels very much like children playing with a dressing-up box. The game becomes more serious, and dangerous, when they decide to pass Einer off as Lili (his alter ego) at a reception.

The die is cast.

Einer increasingly becomes Lili, applying his artist’s gift for observation to develop an increasingly female persona. He briefly submits to the largely pseudo-scientific, and often terrifying world, of primitive psychiatry before finding a surgeon who offers him one of the earliest sex-change operations.

Meanwhile, Einer abandons painting and Lili becomes a model and muse for Gerda who now finds her artistic “voice”.

So how does a story with such obvious dramatic possibilities manage to produce such a poor and, it has to be said, dull film – a film which fails to find its voice?

Dramatisation involves more than just slavishly following a book, which I suspect is what has happened here. You need to have a central narrative and develop characters. You need to decide who it’s about and what it’s about. You need to make choices.

In this film, the central character is Lili, the eponymous “Danish Girl”, but despite the supposed theme of sexual identity, Eddie Redmaine’s Einer/ Lili comes across as a lost and bewildered child dependent on a world of adults – Gerda, a childhood friend, doctors. Is he a Peter Pan figure who can only leave boyhood behind by becoming a woman? Is he someone struggling to find an identity – a “real self”? Or is he an incomplete work of art?

Could the characterless Einer be portrayed as a blank canvass on which Gerda applies her artistry to create a true likeness?  Or a rough-hewn block of marble waiting to be released by the artistry of the sculptor-surgeon’s knife? Or a partially worked piece of clay waiting for a vital spark or animating breath?

As I said, you have to make choices. A braver and more dramatic choice would have been to focus more closely on the two central characters with Gerda as the Pygmalion who brings Lili to life.