Film crews aren’t an uncommon sight in Oxford – if you’re an early bird, you can currently catch people working on the latest series of Endeavour.

But Bollywood’s something new. It was fascinating to watch these actors filming a musical number in the middle of Broad Street on Sunday. She’ll catch her death in that frock, though. 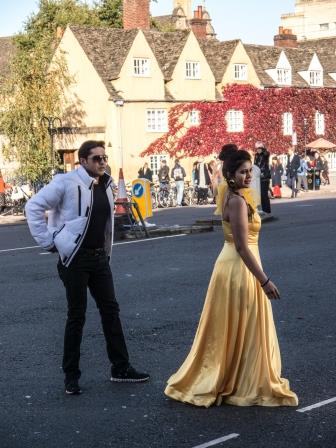 1 thought on “Sunday afternoon at the movies”