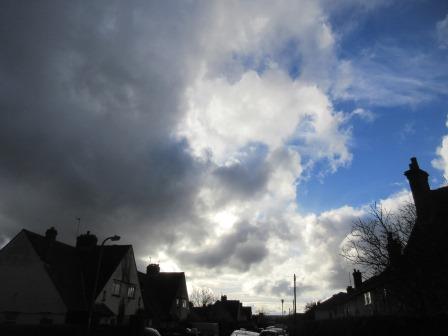 Wet and windy at times over the coming days
– BBC Weather, 1st February 2017

Hmmm. So maybe just “pretty normal for this time of year”. Although somebody should tell The Times that it’s hardly a slow news day.

Or maybe there’s something else going on …

In the past, people would often look for signs and portents to help them forecast the best time to plant corn or take in the harvest – who can forget Conjurer Trendel’s memorable warning to Michael Henchard that “’twill be more like Revelations than England” (The Mayor of Casterbridge).

Who’s to say that such a profound action as expanding Coronation Street beyond  the boundaries set by nature and sanctified by usage won’t disrupt the balance of the cosmos? Who’s to say that we won’t see barely subsonic winds reducing Inkerman Street to rubble before idly tossing the sacred Corrie cobbles through the windows of The Rovers or that we won’t see people being knocked to the ground like skittles by showers of sunbathing cats?

Not that I’m superstitious or anything.