Just finished reading The Wretched –better known to its friends as Les Miserables.  Gosh it’s a long book. I started  it four months ago, but even allowing for breaks, rubbish eyes and skipping the Battle of Waterloo, the story of convents and the complete and unexpurgated history of the Parisian sewer system, it’s still a long book.

So is it worth it?

Yes and no. It’s certainly better than the film of the musical in that it doesn’t induce thoughts of self-harm after the first five minutes. And, because of the musical, it is to a limited extent part of contemporary culture – a bit like Star Wars or The Little Mermaid. It is, of course, also a French classic, which is another good reason for giving it a go.

The plot – in less than 1305 pages – is basically The Mayor of Casterbridge meets A Tale of Two Cities meets Cinderella.

If A Tale of Two Cities is about resurrection, redemption and revenge, then Les Miserables is about justice, injustice and the redemptive power of love. There are differences, of course – Jean Valjean is a basically good man who makes a mistake, pays a disproportionate price and spends a lifetime evading a vengeful state whilst attempting to earn his own redemption through good works; Sidney Carton is a flawed man who is redeemed in spite of himself.

Hugo’s proposition is that the main characters are inextricably linked and that, whatever paths they take, they will always end up being drawn together like so many opposite-attracting magnets. At each encounter, the characters, like players taking their turn in a board game, attempt to get the upper hand  through exercising the power of secrets over each other for good or ill. 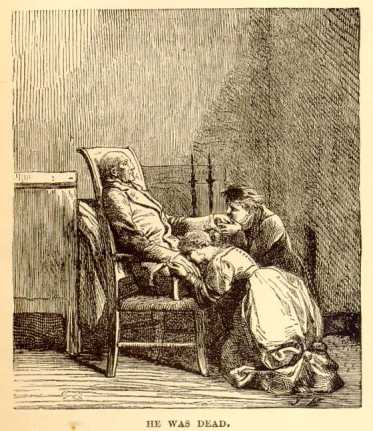 The story itself is well-constructed, well-played out and reaches a satisfactory conclusion – Valjean is freed from his demons, Javert  learns that law is not necessarily the same as justice, Thénardier gets his money and Cosette gets her man.

And yet there is something of the soap opera about it – there are just too many coincidences and you have to ask why Valjean, who eventually hatches a plan to flee to England, doesn’t just skip the country at the earliest opportunity instead of playing a complex game of cat and mouse in the French capital.

Some of the digressions – and the book is mainly digressions – are interesting, but they really bring nothing to the novel as a novel.  Of the non-human characters, Paris works , but the French Revolution doesn’t – it’s simply irrelevant to the core narrative.

Even by the standards of the 19th century, this is an overlong book and I suspect that, like others, I’ve ended up reading it because I think I should, rather than for pleasure or edification.  The best approach may be to treat it as a collection of writings – knowing what it’s about and how it’s constructed, I would certainly be up for reading some of the sections I skipped or even parts of the narrative as free-standing items. Just not anytime soon.