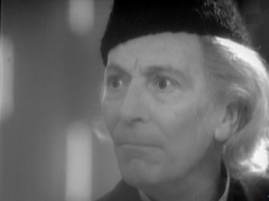 Doctor who? Quite right. 1963 was the Year of the Doctor. I vividly remember seeing the first episode of Doctor Who, which, for people of my generation is probably the British equivalent of being a passenger on the Mayflower. The moment we saw the inside of the Tardis we were transported to a new world. I told you that it was a cool memory.

Actually, we saw the first episode twice, because it was repeated the following Saturday immediately before the second episode – an unheard of luxury in the days when programmes were broadcast once and there were no video recorders.

The impact of that first programme was astonishing – even more astonishing is that half a century on, it still stands out as a brilliant and completely original idea. Remarkably, it predates programmes like Lost in Space, Time Tunnel, Stingray and Thunderbirds, but right from the outset it was still light years ahead of anything else on the box. 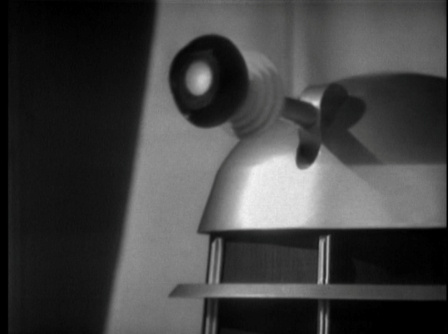 It’s amazing what you could get from Woolworth’s

Having just watched DVDs of some of the early stories, it’s clear that the main reason for its success was the adoption of high production values. This is quite a claim when faced with actors who occasionally fluff their lines (they couldn’t afford to reshoot the scenes), you can see the folds in the backcloth and the Daleks’ “arms” look remarkably like something you bought from Woolworth’s to unblock a sink (which is exactly what they were). 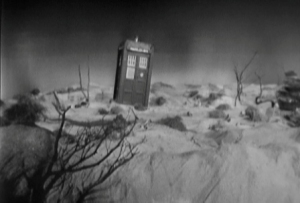 The structure was to have a serialised story told over four or five 25-minute episodes, with a cliff-hanger at the end of each episode – basically the same format as the Children’s Film Foundation live action adventures that formed part of the Saturday afternoon fare at the local cinema. What made it stand out was the script writing and the acting – just because it was a children’s show that went out on a Saturday at tea time, didn’t mean that it shouldn’t have a good script or employ first class actors or that, for historical stories, such as The Aztecs, there shouldn’t be proper historical research. Doctor Who respected its audience and I’m sure that it was this as much as anything else that drew in those early viewers – children hate to be patronised.